We believe in the dignity of every human being. This conviction inspires our ever-growing research and development in an effort to best serve our students, and ultimately our clients, in the discovery of their identity and purpose in life. The Four Streams Coaching model was created to journey through self-understanding on the way to living happier, more meaningful, more productive, and more fulfilling lives. 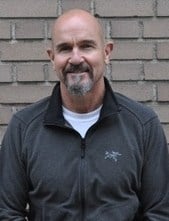 Russ is an Internationally Coaching Federation credentialled PCC, a TTI accredited facilitator in D.I.S.C, Driving Forces, and HD Acumen. He holds a Coachville Professional Coach Certification and is certified through CoachNet Global (2007). Russ holds a ThD in counseling, which was received in 2013. He is an active coach in the Four Streams Coaching Network (4SCN) as well as a content creator, mentor coach, and instructor with Four Streams Coaching. Russ is a Co-Founder of Four Streams Coaching.

Russ’s WHY: To recognize and nurture the dignity and power of the human spirit.

Russ believes that it is time for radical disruptions in the fields of consulting, coaching, and counseling. New developments in these areas, along with neuroscientific research, are beginning to help organizations and individuals realize that our general approach to human development has been the primary purpose of manipulating people to do more for less and/or leading them to believe that they can just power-through areas of their lives that are not working. New consulting, coaching, and counseling models are needed to enable people to better understand themselves in order to overcome organizational or self-imposed limitations in an effort to live happier, more productive, and more fulfilling lives. 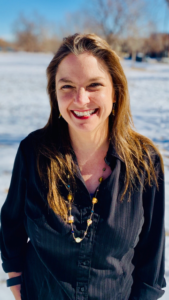 Charla is an Internationally Coaching Federation Credentialled PCC, a TTI accredited facilitator in Behaviors and Motivators, and certified coach through Coachnet Global (2012). She holds advanced certifications from the Christian Counseling Education Foundation (CCEF) and holds a Coachville Professional Coach Certification. She is an active coach in the Four Streams Coaching Network (4SCN) as well as a content creator, mentor coach, and instructor with Four Streams School of Coaching. Charla is a Co-Founder of Four Streams Coaching as well as a Coach/Counselor with Denver Counseling & Coaching.

Charla’s WHY: To help every person I meet know that they matter so that they participate and engage powerfully in every aspect of their life.

As a coach since 2012, Charla has learned that one of the most important things a coach brings to the coaching relationship is themself. One’s values, beliefs, and experiences have as much to do with their effectiveness as a coach as their skills and training. She has the training and certifications, but she believes that her powerful life experiences impact and inform her coaching and her instruction as much as, if not more than, her formal training. She wouldn’t trade any of her life experiences, easy or hard, for the highest degree, yet she still has an insatiable hunger for learning. Charla looks forward to learning and growing with you, as you embark on this journey. 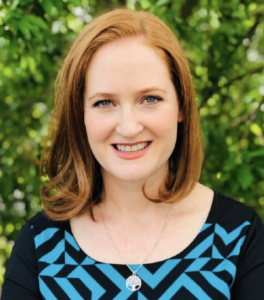 Molly is an Internationally Coaching Federation credentialled ACC, a TTI accredited facilitator in D.I.S.C, Driving Forces, and Emotional Quotient, as well as a Certified Four Streams Coach in the Four Streams Coaching Network (4SCN). She is also a Four Streams instructor, a business owner (TBD Coaching), and a Personal and Professional Development Coach. Molly has a BS from Carroll University with focus areas in Criminal Justice, Sociology, Psychology, and Vocal music.

Molly’s WHY: To help others see and use their natural giftedness so that they can go forward with humble ambition!

Molly has a 15+ year history in personal and professional development within organizations and has always truly loved being a part of the process of others finding their true path. Everyone has specific areas where they excel and draw from their natural giftedness, but sometimes those natural gifts can be hard to find. It is her absolute pleasure to be able to help people in this area. She loves to learn from others and looks at coaching as a process where all parties involved should feel challenged and grow. 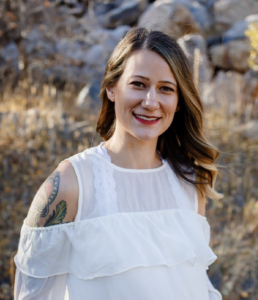 Janae is an International Coaching Federation credentialled ACC, a certified DISC and Driving Forces® facilitator through TTI Success Insights as well as a Certified Four Streams Coach in the Four Streams Coaching Network (4SCN). She is also a Four Streams instructor and a coach. Janae holds a Bachelor’s degree in Human Development and Psychology.

Janae’s Why: To help people flourish through use of the 4S coaching model, assessment tools, and positive psychology so they live their lives filled with inspiration and purpose.

In today’s culture, people are overwhelmingly disconnected from themselves and from others and constantly move from one day to the next without any direction or regard for who they are, what they are doing, or why they are doing it. This has led to the epidemic of loneliness, anxiety, and depression. Because of these glaring issues, Janae believes there is a great need for change in many areas, but is primarily focused on helping people flourish through the 4S coaching model, assessment tools, and positive psychology in her coaching. These inspirations have led her to help people find ways to rediscover their purpose and meaning in life, grow confidence, improve communication skills, and develop meaningful relationships. 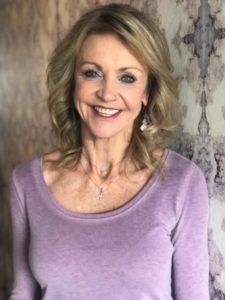 Michelle is an International Coaching Federation credentialled ACC.  She is also a Four Streams instructor and a coach for the Four Streams Coaching Network (4SCN).  She has also owned her own business in the beauty industry for 45 years where she has interacted with people of all walks of life.

Michelle’s WHY:  To help all people understand their purpose and value in this world and the importance of understanding how we are more than the sum of our past mistakes as lives are redeemed through lessons learned and shared.

Michelle works with people in all stages of life and has seen the importance of someone discovering their purpose and being able to live it out  till the end of their days.  People flourish when they believe their lives matter and they can actually use their gifts to serve others.  As much as success is part of our stories, so is failure and its ability to make us stronger and encourage others on their journey!  Also, helping build a ‘tribe’ for coaches at Four Streams where they can grow, sharpen one another, and overall feel love and support is an important part of Michelle’s goal for their team.

Now It’s About You:

Get trained to coach your team OR find a Four Streams Coaching Network coach for your team.

Become a training partner, and accredit your own coaching team.

Why We Do It

For Whom We Do It

How We Do It

Talk to someone about your goals

Join today and get enrolled in the next course session. You’ll also get lifetime access to course updates and continuing education credits

Discuss Your Next Steps